She was born on 10, 1st 1980 in Akure, Ondo State, The singer was raised in Benin, where she attended her primary and secondary education.

Waje is amongst the best Nigerian vocalist of all time. She has worked in various music genres- R&B, Pop, Soul, Rock, Blues, and hip-hop soul.

She is one of Nigeria’s most talented vocalists, whose music has transcended the country’s shores.

Waje, who derived her inspiration from Whitney Houston and Aretha Franklin, has had the opportunity to share the stage with some big international acts like Wyclef Jean and Kerry Hilson

After her elementary education, Waje received secondary education in the Word of Faith Group of Schools. Unfortunately, she got pregnant during this period, which almost truncated her education before the intervention of the late Archbishop Benson Idahosa, who believed in her talent and placed her on a scholarship.

After her secondary education, Waje proceeded to the University of Nigeria, Nsukka, where she bagged a degree in social work.

She started her music career during her undergraduate days when she thrilled the audience at school concerts and fellowships with her magical voice.

She later recorded some of her singles, like Somewhere and Kolo with Dome.

She stepped into the spotlight in 2007 when she rendered her vocals in Psquare’s remix of Omoge mi.

In 2008, she got another opportunity to add her voice to the duo’s hit track “Do Me,” which presented her with her breakthrough opportunity to work with other top names in the music industry.

In 2018, she released he second album, a ten-track project containing songs like The Truth,

Waje has had the opportunity of working with top-class Nigerian music artists like Patoranking, Tiwa and MI.

In 2015, she starred as an actress in Stanlee Ohikhuare’s Tunnel, alongside top media personalities like Femi Jacobs, Patrick Doyle, Nse-Etim, and Lepacious Bose. 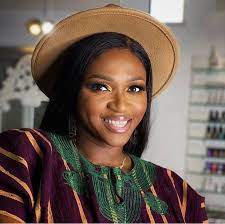