He is 75 years old currently.

Pete Edochie, an indegene of Anambra State, He was born  on March 7, 1947 in Zaria, Kaduna Nigeria.

He is considered one of Africa’s most talented actors and one of Nigeria’s greatest.

Pete rose to prominence when he starred in an NTA adaptation of Chinua Achebe’s all-time best-selling novel, Things Fall Apart.

Pete Edochie had his elementary education at St. Patrick’s and St. James Primary School, Zaria, before proceeding to St. John’s College for his secondary education.

After his secondary education, Pete briefly worked with the Railway Corporation before heading to the School of Journalism and Television in England for a diploma.

He began as a programme assistant and worked his way up to the position of station director. He served as Deputy Managing Director and Acting Managing Director as needed. Pete Edochie, despite being a rising star in radio broadcasting, left for the big screen.

Pete’s first stage performance occurred in 1962, when his school staged The Merchant of Venice, a play by William Shakespeare. Many years later, he acted as Okokkwo in the station’s adaptation of Chinua Achebe’s Things Fall Apart.

His role in the play was so well portrayed, and this became his breakthrough project.

Over time, Pete’s role has since evolved as he became a go-to character for roles like a disciplined father, king, wealthy man, and village head.

He has been a consistent movie star for over three decades and still delivers and maintains his status as an A-list celebrity.

Pete is married to Josephine Edochie. Their marriage, spanning more than ten decades, has brought forth six children. 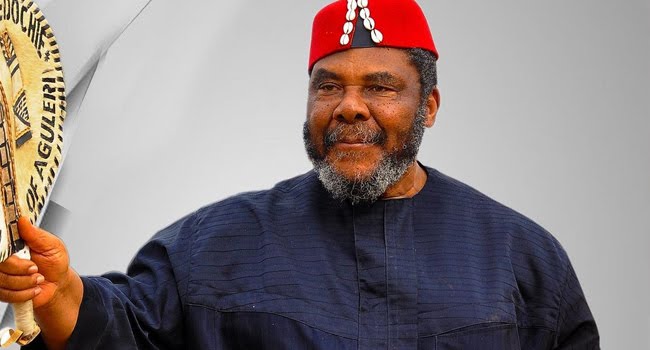 Pete Edochie net worth worth $4 million.

Throughout his career, the veteran actor has won several awards. Some of which include