Obafemi Martins Akinwunmi (born 28th October 1984) is a Nigerian professional footballer who have played internationally for many club and currently plays for the Wuhan Yangtze River Football Club,

Martins has played in North America, Africa, Europe, and Asia.

He is professionally known as Obagoal

He is among the big footballers in African that broke history, Obafemi Martins is a key player in the Super Eagles.

He also holds the record for being the first teenager to score in three consecutive Champions League seasons.

Obagoal began his football career with F.C. Ebedei in Ijebu-Ode Ogun State after he was scouted on the street by Churchill Oliseh, the father of Nigeria’s legendary footballer, Sunday Oliseh

At age 16, Martins left Nigeria for Italy to join the youth team of Inter Milan in 2001 for a transfer fee of €750,000. He graduated from the youth team to the first team the following season.

In 2010, Martins joined Russian Premier League club, Rubin Kazan, before he was loaned back to England, this time to Birmingham City in 2011.

He made a free transfer move to the Spanish side, Levante, in 2012 for a two years deal. And in March 2013, he joined MLS club Seattle Sounders FC as a Designated Player after the club paid a $4 million buyout clause in his contract with Levante.

In February 2016, Martins signed for Shanghai Shenhua, a Chinese club. His spel with the chinese club didnt end well for him as he was forced out of the club by injuries.

He however signed for another Chinese club, Wuhan in 2020

Martins made his Nigeria debut in the 2004 Unity Cup at the age of 19, scoring the second goal in the tri-nation tournament in London.

He was part of the National team which finished third at the 2006 African Cup of Nations with Marins scoring twice at the tournament.

In 2008, Martins bagged a brace in a friendly match between the Super Eagles and the Mexican National Team.

In 2009, he scored a wonderful goal for Super Eagles against Kenya which sealed the teams place in the 2010 FIFA World Cup.

Martins scored a total of 19 goals in 40 caps for the Super Eagles.

Martins is married to Abigail Barwuah, the sister of Mario Balotelli, and the couple has a child together, Kendrick.

However, Martins has two other children.

Both from other women. 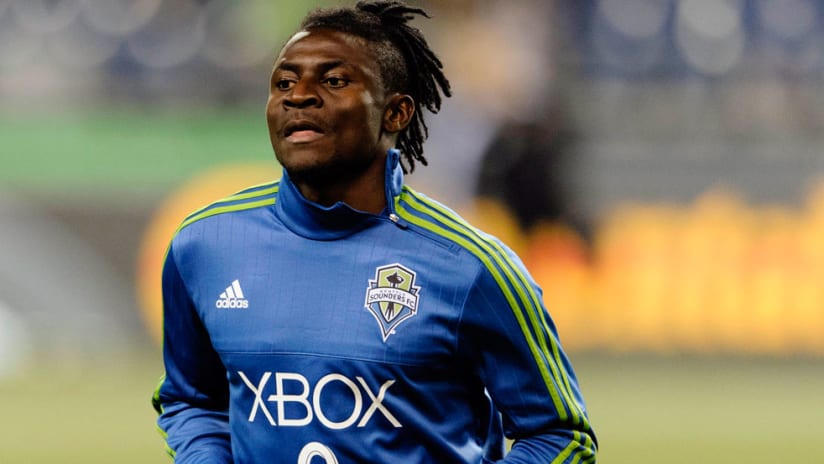 Obagoal reportedly owns a mansion at VGC in Lagos which was rumoured to cost about N500,000,000.