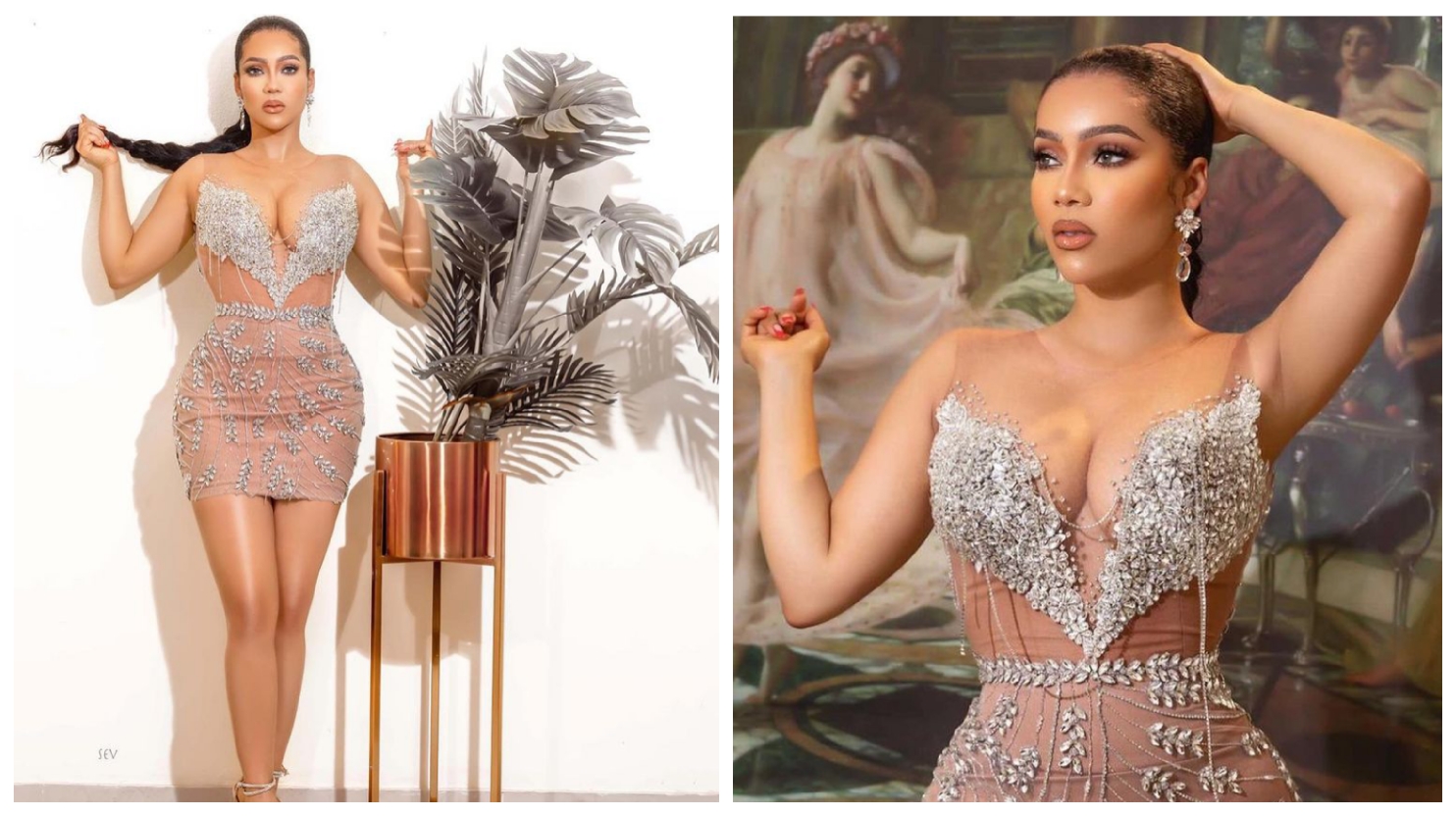 Maria attended University of Salford where she graduated with a second class upper division.

Maria was born in to the family of Mr and Mrs Benjamin Agueze in 1992. She is Igbo by tribe and hails from Imo state, a state in the South East region of Nigeria.

Maria’s father is Mr Benjamin Agueze and he died in 2013. Her mother is alive and is currently in United Kingdom and she has refused to reveal her identity. .

While introducing herself in the reality show, Maria revealed that her mother is White from Britain. However, she identified as a Black woman although she’s biracial.

Also, the former air hostess disclosed that she has a sister, but refused to reveal more details about her.

Maria is not married but she is also one who keeps her personal affairs off the internet.

According to Maria, she was dating and living with her boyfriend of three years in Dubai before fame.

According to the allegation making round on the Media, Maria’s boyfriend Kelvin is said to be married with two kids (boy and girl)

It was also alleged that Maria Chike’s boyfriend Kelvin has long been separated from his wife.

What You May Not Know About Maria

Big Brother Naija star, Maria Chike, recently took to her social media page to reveal that she will be turning 30 this year and it generated lots of buzz on the internet.

On Saturday, April 30, Maria shared some photos from her birthday shoot ahead of her 30th birthday on May 3.

I want my 30s to be as peaceful as heaven was described in the Bible.

I want to experience heaven on earth in my 30s. Less sadness and more peace, less noise and more quiet.

So for this look, I opted for Blue, heavenly. Blue is for calm, trust and intelligence, and these are all what I want in my 30s,” she captioned the post.

However some of her followers took to the comment section to say she is lying about her age because she was their senior in High School and they are well over 30. Maria would not let that slide as she took time to reply those doubting her age.

BNaija star, has also been embroiled in a husband snatching scandal on the internet.

He revealed this on his Instagram page, stating that Maria has also been allegedly sending his sister threats and he won’t let it slide.

She Stole My Sisters Husband As If That’s Not Enough She Is Sending Her Threats, That I Won’t Let It Slide, Kelvin I Dey Find Una Come That Dubai Nothing Must Happen To My Sister”.

He continued, “Girls Like @mariachikebenjamin are coming for your husbands, she stole my sister’s husband as if that was not enough, she is sending her threats. That I won’t let It slide, Kelvin I find you in Dubai. Nothing must happen to my sister.”

At about the same time the scandal was ongoing, a video where Maria had granted an interview where she denied the claims and rumors that her lavish life is sponsored by a rich man resurfaced.

The former Big Brother Naija ‘Shine Ya Eye’ housemate, said that the rumors about her living an expensive lifestyle are because she is pretty and men buy her gifts and bankroll her is not true.

According to her, she started working at the age of 16 and everything she has is a result of her hard work and not because of her looks.

“I have actually worked from the age of 16, i went to the high school I went to the university, and I was working two jobs. I paid my rent, I looked after myself I am a very hardworking person.

So sometimes when people say “she got all of these from men’ or because “she’s pretty and gets expensive gifts” it gets me upset”.

Maria BBNaija Net Worth is estimated around $80,000 – $150,000. She has not been publicly estimated.  She recently bagged a multi-million-naira endorsement deal in addition to other endorsements.