Justice Mary Ukaego Odili is a Nigerian Judge and a wife to the former Rivers state governor, Peter Odili. She is from Amudi Obizi, Ezinihitte-Mbaise Imo State, Nigeria.

Mary Odili is the second daughter of Ugoeze Benadette and Eze Bernard Nzenwa who previously worked as a lawyer, as well in the United Kingdom. 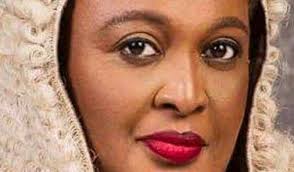 Following the outbreak of the civil war in 1967, Ukaego and her parents relocated to the southeast of the country.

Odili continued her education at Owerri Girls High School until her family moved back to Mbaise. She then attended Mbaise Girls Secondary School and later enrolled at the Queen of the Rosary College in Onitsha.

In 1972, she passed with Grade I (aggregate 6) in the West African School Certificate Examination.

The same year, she gained admission into the University of Nigeria, Enugu campus where she studied law.

In her second year at the University, she earned a scholarship for maintaining the second-class upper division league with higher scores.

She met Peter Odili, a medical doctor, at a campus party and the two began a romantic relationship.

In 1976, she graduated with an LLB (Hons) and was rated the best student in the department of commercial and property law.

Shortly after, she attended the Nigerian Law School and received her B.L. certificate in 1977, before embarking on her youth service in Benin City and Abeokuta. 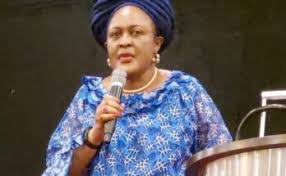 Mary Odili started her career as a magistrate in the Judiciary and she was upgraded to the position of chief magistrate grade 1 between 1980 and 1988.

Then in 1991, she was made the inaugural chairperson of the international federation of women lawyers in Rivers state.

With the help of her husband, she went into politics in 1992 and served as a member, as well as the leader of Rivers state delegates to the constituent Assembly.

She was serving from then till May 29th 2007. On May 3rd 2011, Mary Odili was appointed by President Jonathan as Justice in the Supreme Court.

Justice Mary Odili on (May 12th 2022) retired from the Supreme Court bench as she has reached the retirement age of 70; after 44 years of service.

Her previous professional appointments/positions include:

Justice Mary Odili has 4 children, 3 girls and a boy and they are:

In her retirement speech, Mary Odili disclosed she has “beautiful eight (8) grandchildren as we pray for more”.

The Chief Justice recently inaugurated about 22 judges of the Federal Capital Territory and one of the inaugural judges is the daughter of Justice Odili, Njideka Nwosu-Iheme.

She is married to another lawyer, Barrister Uzoma Nwosu Iheme. Njideka was previously, in 2015 appointed to the FCT Judiciary until she was made a Magistrate at the Wuse Zone 6 of the magistrate court.

She is now a judge of the federal capital territory high court, appointed on the 23rd of November, 2021.

Considering she is a successful legal practitioner and former first lady of Rivers state, Mary Odili is expected to be substantially wealthy. Some online reports estimated her wealth between $1m to $1.5 million but this cannot be independently confirmed.

In February 2020, a five-man panel of the Supreme Court, led by Justice Mary Peter-Odili, ordered the Independent National Electoral Commission (INEC) to withdraw the Certificate of Return issued to the All Progressives Congress’ candidates Bayelsa State governor-elect, David Lyon, and his running mate, Biobarakuma Degi-Eremienyo, who had been declared winners of the November 16, 2019 governorship election in the state.