by Onye Victor
in Politics

Daisy Ukpomwan Ehanire Danjuma ( born on the 6th of August 1952 ) is a Nigerian politician, businesswoman and a Wife of well known senior military personal a General in the Nigeria Army,  TY Danjuma.politician She was the first female senator in Edo State.

She created a lot history & fame through that privilege.

She currently serves as the Chairman of the Board of Directors of May & Baker Nigeria Plc and vice chairman of South Atlantic Petroleum (SAPETRO),  a Nigerian oil and gas exploration and production company founded by her husband, TY Danjuma.

She was born on the 6th of August 1952 to  Ighodaro Ehanire and Marry Ehanire in Benin City, Edo State, Nigeria.

Daisy attended Government Secondary School, Benin city, Edo state for her secondary education before heading to Ahmadu Bello University, Zaria, where she obtained a BA in Law in 1976.

She is an alumnus of the Lagos Business School 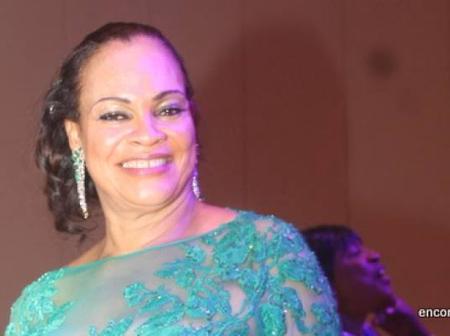 After graduation, Daisy observed her one-year mandatory national youth service with the Ministry of Justice of Lagos State as a State Counsel. She also served as a legal counsel to the Legal Aid Council of Nigeria.

From 1977 to 1978, she worked with Nigerian Acceptances Limited (NAL) as an Executive Assistant.

She also worked as Company Secretary/Legal Adviser with the Nigerian Television Authority (NTA) from 1982 to 1992.

From 1999-2003, she was the Chairman of South Atlantic Petroleum Limited

In 2003, Daisy was elected Senator of the Federal Republic of Nigeria representing Edo South.

While in office as a senator, Daisy oversees the Senate Committee on Women Affairs and Youth Development and the Women and Child Rights Committee of the Economic Community of West African States (ECOWAS Parliament).

She was also a member of the Senate Committees on Health, Education, Finance and Land Transport of the National Assembly

While in that capacity, she also served as a member of the Commonwealth Parliamentary Association (CPA)

Daisy however lost her reelection in 2007

In 2017, Daisy reportedly retired from politics to give her business ample attention.

She is married with five children.

While in office as a Senator of the Federal Republic of Nigeria, the then president of the federation, President Olusegun Obasanjo opted to extend his stay in office beyond the two terms stated in the constitution. This move needed to pass a vote of confidence at the senate which Daisy was a member